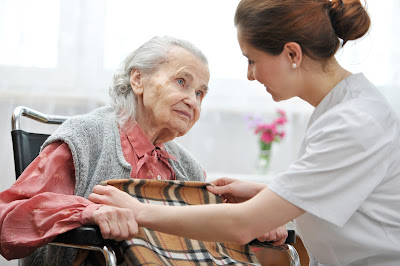 A recent study has revealed a high tendency for senior citizens to develop symptoms of dementia, especially in those, who already suffer from hearing loss disabilities.

Around 360 million Americans suffer from this disability and there has been an observed trend, which has linked hearing loss to old age. Statistics show that around 2% of the adults, who are aged between 45 to 54 years, suffer from hearing disabilities, while this rate is estimated to increase to 8.5% for older people aged between 55 to 64 years. Adults aged 65 to 74 years exhibit 25% cases of reported hearing loss, while 50% of the adults aged 75 and older; actually suffer from disabling hearing loss. (National Institute on Deafness and Other Comunications Disorders (NIDCD) ).

A study conducted in collaboration by the John Hopkins Institute and the National Institute on Aging, reveals a link, between the growing probability of dementia in old individuals, to those who already suffer from a hearing disability.
The study presents results which suggest that there is a higher probability of older individuals suffering from dementia if they already have a history of hearing disability, in comparison with the survey candidates, who did not suffer from any hearing loss.(John Hopkins Medicine, 2011)
The study results are expected to initiate new and effective ways to fight against dementia; a condition which affects several individuals on a global scale annually. Dr. Frank Lin has shared his views on the results of the study and decreed that the recent research is the next step, as it explores how the cognitive efficiency of an individual is likely to suffer, due to hearing loss. This is because, most former research studies only explored the factors which caused hearing loss without studying its effects on the functioning of the human body. (John Hopkins Medicine, 2011)
The study was conducted on a sample group of 639 people, who had all been tested for their hearing as well as cognitive abilities, in the Baltimore Longitudinal Study on Aging. A quarter of the research study participants were known to suffer from hearing loss at the start of the research testing procedure, but none had dementia. Then each volunteer was observed throughout a period of two years, and it was observed that in a couple of years’ time, 58 of them had developed symptoms of dementia. The observation also included 37 of them, who had Alzheimer’s disease. The research study participants were also found to be more likely to exhibit signs of dementia towards the end of the study procedure. (The Hearing Journal)
In comparison to the volunteers who did not suffer from hearing loss, older individuals who suffered from mild, moderate to severe hearing loss, had a higher possibility of developing dementia symptoms. The study revealed that individuals with a mild hearing disability had a twofold chance of developing dementia symptoms, while moderate and severe hearing loss resulted in three and fivefold risks of dementia over a period of time. Participants, who were aged 60 years or older, presented a one third risk of dementia. (The Hearing Journal)
There are a number of symptoms which lead to the medical condition called Dementia, which includes speech and communication impairment, memory loss, mood swings, listlessness, difficulty in performing normal everyday tasks, a failing sense of direction and confusion.
Hearing loss being the cause of dementia symptoms in older individuals prompts the need for effective actions to be taken to address the issue.